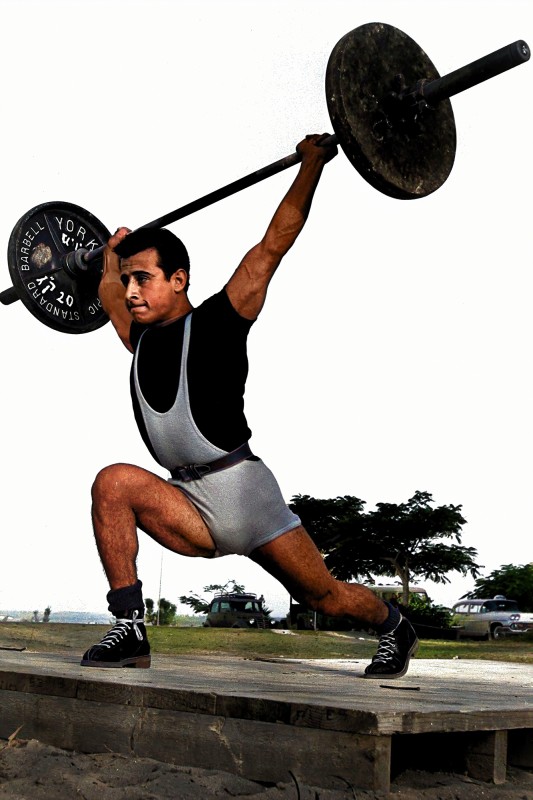 Eduard Meron was born in 1937 in Haifa to a Maronite-Christian family and in 1960 he was the first Arab sportsman to represent Israel in the Olympic Games. A year later, he won the silver medal in weightlifting at the 6th Maccabiah, a sport that no longer participates in the Maccabiah. Over the years, the competition program has changed; some branches of heavy athletics, such as boxing and wrestling, that were included in the 20th Maccabiah, are no longer permanent parts of the event, but perhaps they will return in the future. Today, these are usually referred to as “Combat Sports” and are categorized together with judo, fencing, taekwondo, and karate.