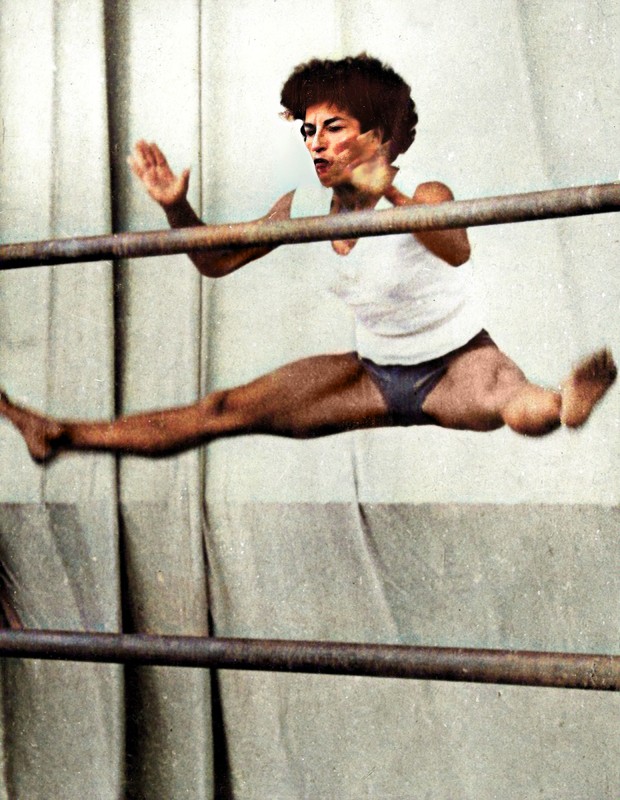 The 5th Maccabiah, 1957 Photo: Maccabiah Archives. The original B&W photograph was painted for this exhibition

Agnes Keleti, one of the great Jewish sportswomen of all times and winner of the Israel Prize for Sports and Body Culture, was born in 1921 in Budapest. During the Holocaust, she hid by using forged documents and she continued to train in secret. At the end of World War II, Keleti resumed her training, won the title of world champion and was an Olympic champion with ten medals, five of them gold. In 1957, Keleti arrived in Israel for the 5th Maccabiah after which she remained in the country. Keleti developed the field of gymnastics in Israel and served as coach for the national team.