The Golden Twins from Sweden 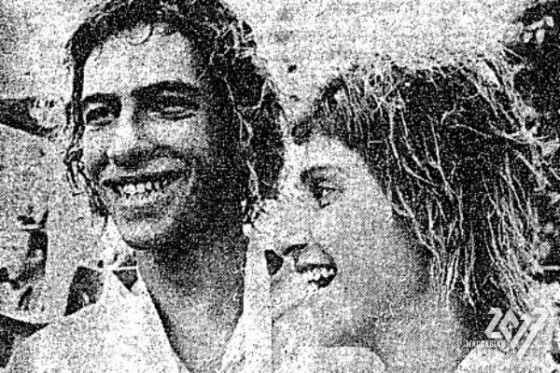 We have all heard about brothers who compete together, but how many twins have you heard about, who conquered the global top of their field? Meet Anita and Bernt Zarnowecki, two twins from Sweden who dominated the top of the Swimming field in the late 60s and early 70s. In 1972 they went together to Munich to represent Sweden in the Olympics, and a year after that, even represented Sweden in the Maccabiah Games – and were the stars of that Maccabiah.
The achievements of the twins were definitely impressive: 13 medals, with Anita breaking Mark Spitz's record, which he set in the previous Maccabiah, and won 7 personal medals (compared with Spitz's 6). In fact, Anita won a medal in each and every tournament she participated in. Her twin brother won "only" two gold medals and three silver medals. Even more impressive is the fact that the twins did not settle for just winning the first places, but also won most of their medals while setting new Maccabiah records.